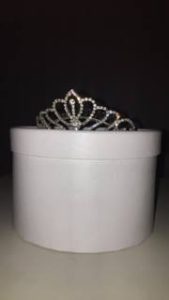 Sandy has often been told that she goes on about racism too much – that it is a chip on her shoulder. People have remarked that being a minority, she is overprotected as well. However, Sandy’s reality has been quite different. When Sandy started work in Sydney, she found that her boss was very passive aggressive. She would justify many of the patronising things she said to Sandy with, “In Australia, we do this.” Even though there were immigrants from other nations like England and Ireland, the only one who was educated in what her boss called Australian culture, was Sandy. She would publicly undermine Sandy, interrupt her in meetings and “correct” her pronunciation constantly. Sandy developed depression and found herself helpless and unsupported. The bullying continued and Sandy was eventually fired. Sandy’s boss had once dropped a veiled threat that her husband had belonged to a gang. Fearing for herself and her family’s safety, Sandy didn’t pursue any action against her boss.

Sandy is currently working with an ombudsman currently to address other episodes of racism that she has been subject to at work. As for her son, Sam, Sandy believes that the unfortunate reality is that he will continue to encounter racism in Australia. She quips that she has learnt much from Sam in the grace and unusual maturity with which he responds to children who have harassed him. Sandy continues to equip Sam to deal with racism by having open conversations about racism, and countering it with kindness and taking pride in who he is.